make A Reservation
About Us
The Museum Tours Story 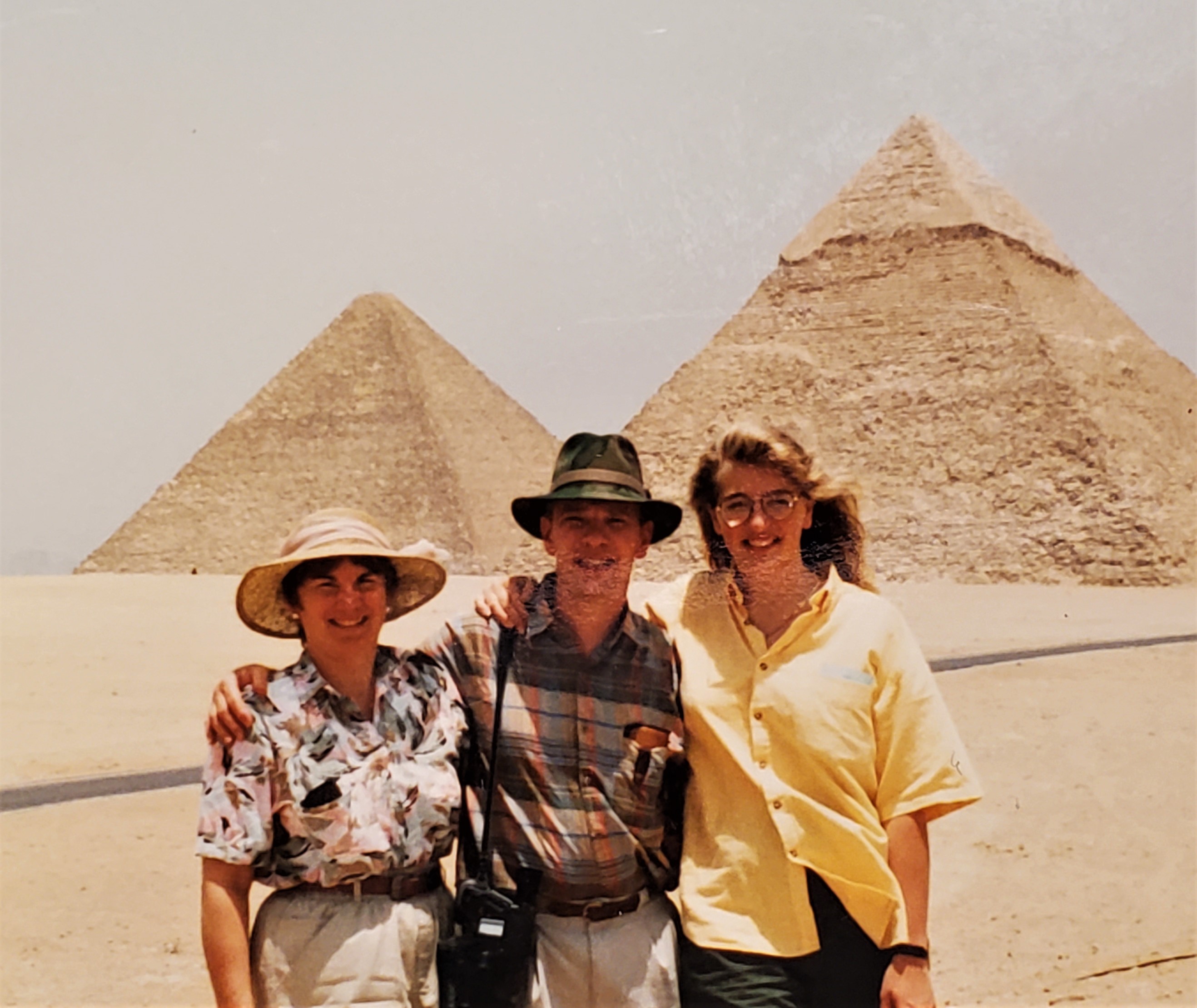 In 1990 Bill and Nancy Petty, our founders, along with their daughter, also named Nancy, traveled to Egypt for the first time.
‍
They used a well-known tour operator.
‍
Overall, the trip was great, but there were several things that needed improvement.

Upon the Petty’s arrival in Cairo, they were on their own. They had to navigate the airport and find a taxi to get themselves to the hotel.

When they met their fellow tourists, it seemed that the group was a compilation of other tours that had too few participants which had been re-grouped into one large tour. Some of their companions seemed unhappy with the tour dates.

Plus, the meals were boring. They were all either hotel buffets or preplanned menus with few choices.
Even though the Petty’s guides were knowledgeable, their personalities could have been better (meaning they weren’t very friendly). Sometimes they were difficult to understand because their English was not that great, and due to the size of the group, if they were not at the front of the group, they couldn’t hear what was being said.

For people interested in Egyptology, which Bill and Nancy (the daughter) are, way too much time was devoted to shopping – Although the Nancys will admit to loving the jewelry in Egypt! Even the guides complained that they were required to take tourists to the shops (which paid the tour company a commission on sales!).

Bill decided that they could do better.

Thus, Museum Tours was born in 1995, when Dr. Bill Petty started his own tour company to correct those deficiencies (He did a test trip with several friends in 1994 to make sure all would go well). Dr and Mrs Petty have been traveling to Egypt almost every year since, spending weeks ensuring our groups are being well taken care of, creating new tours, writing books, making sure everything still meets our company’s exacting standards, and simply Enjoying Egypt!

Museum Tours, Inc. is a  Colorado corporation in good standing  and has an  A+ rating with the Better Business Bureau.

Because we love Ancient Egypt

While studying and enjoying the ancient culture, we continually strive to improve the current environment for those who work with us and come after us.

Royal Garbage
When we started coming to Egypt one of the first things people commented on was the trash.  It seemed like it was everywhere, including the Valley of the Kings. Consisting mostly of paper and empty plastic water bottles, it littered the valley, especially around the entrances of the tombs that were not open to the public.  There were no waste receptacles. One day I cornered the Chief Inspector and offered to buy trash cans for the Valley.  He immediately accepted my offer and we headed to the market. We returned with enough large plastic bins to place one near the entrance of each open tomb. The results were immediate. People used them.  During the following months the Antiquities Department bought several wheeled collection cans and over the next few years they replaced the bins we had bought as they wore out. No Royal Garbage for Museum Tours!

Sharing the Wealth
Over the years Museum Tours and the Petty's have helped support multiple archaeological activities in, and centered around, Egypt. A short list includes:
‍
Find out what our customers are saying about Museum Tours